Google has just pushed out Hangouts 2.0 for iOS, which is now "fully optimized" for iPads, featuring a "two-pane" conversation window, and much more. The latest update also provides users with the ability to send 10-second video messages to friends. 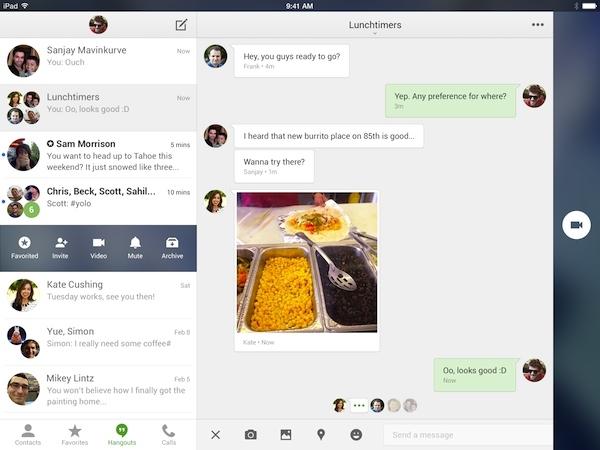 Animated stickers also make an appearance in the updated Hangouts for iOS app, but most of all its all about the redesign - which looks beautiful. Hangouts on iOS now looks more beautiful than Hangouts on Android, what is happening, Google? You can grab Hangouts 2.0 for iOS from the iTunes App Store.