Mirrorless interchangeable lens cameras have been one of the biggest items in the photography market space over the last two years and companies like Samsung have been leading the charge to make them smaller, more efficient, and higher quality than ever. Today we got a fresh look at what could be Samsung's next NX mirrorless camera thanks to the website NXRumors. 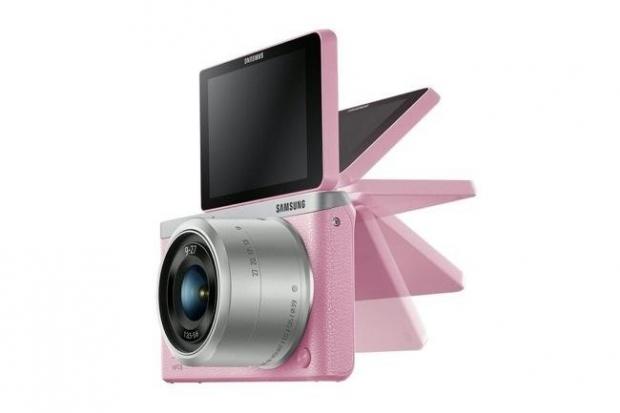 Specs accompanying the leaked image says that the camera will feature a 20-megapixel, 1-inch back illuminated CMOS sensor that is powered by a DRIMe 4 image processor also of Samsung origin. An ISO rage of 160-12,800 is on hand to handle all lighting situations, and video capture is set to 1080p at 30FPS. Burst speeds up to 22 frames per second are possible and shutter speed can be dialed up to 1/16000 of a second.

The rear LCD is of a 3-inch hVGA variety and is capable of flipping 180 degrees for instant selfie acquisition. The new NEX camera will be bundled with 9mm and 9-27mm lenses, but may not be backwards compatible with previous NX lenses. The entire camera measures in at just 1.37-inches thick and weighs less than a pound with lens attached. All of this information should be taken with a grain of salt though as nothing official has been announced from Samsung yet, and this is the only leak we have seen on this particular camera.