When I had my old Intel Pentium II system, I was quite content playing the Quake and Unreal titles at the time, but I never once thought of cooking up some fries with my system. 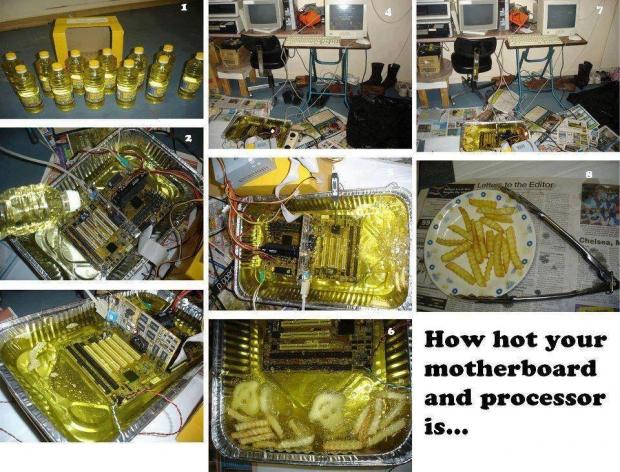 Well, a KitGuru reader did just that with his old Pentium II system, where he cooked french fries in oil using the head generated by his ageing CPU. I don't know how healthy this would be, so we don't recommend doing it at home, but it has to be a first for me - seeing someone put their system into a baking tray and cooking a meal using the heat generated from their computer.