Gionee isn't exactly a household name in the smartphone market. We have talked about the company before. That was last year when it unveiled the Elife E7 smartphone that had nice hardware inside. The company is on hand at MWC 2014 this week and it has unveiled what it claims to be the world's slimmest smartphone. 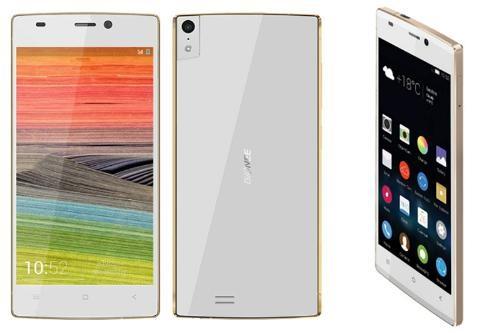 The smartphone is called the Elife S5.5. While numbers in the name of a smartphone often tip screen size, in this case the 5.5 stands for the thickness of the phone. The device is only 5.5mm thick. It has a 5-inch full HD resolution Super AMOLED plus screen. It also has an octa-core 1.7GHz processor under the hood.

Power for the smartphone comes from a 2300 mAh internal battery. Gionee doesn't spell out what OS the S5.5 uses; presumably, it is some flavor of Android. Pricing and availability details are unknown.