Say the name Boeing to ten people and nine of them will probably think about aircraft first. Boeing does build a lot of aircraft for commercial and military uses, but it also has its fingers into more than the aviation pie. A new smartphone has crossed the FCC looking to provide secure communications made by Boeing. 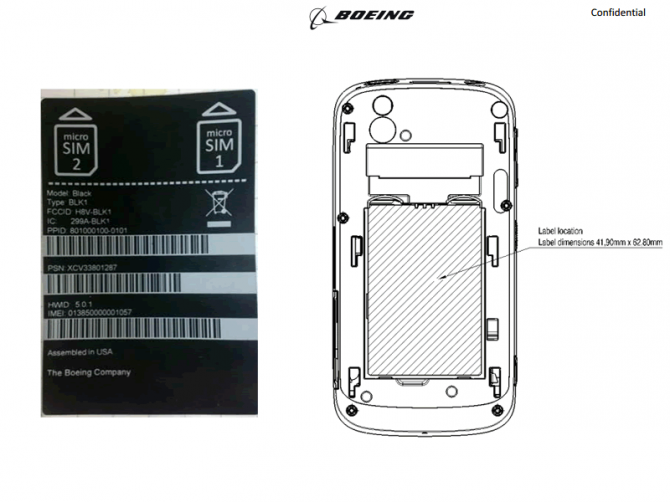 It might sound odd that Boeing is looking at making a smartphone. Considering that the US government prefers homegrown tech to items supplied by foreign firms when it comes to security for government projects and the Boeing Black might be a success.

We don't know all the details on the smartphone right now. What we do know from the FCC filing is that the device will support dual microSIM cards. The filing also says that the phone will work on GSM, WCDMA, and LTE networks.