Back in November 2013, the FCC released its Speed Test App for Android users that is designed to let users of Android devices help test the speed of broadband networks around the country. The FCC has now announced that the app is available for iOS users as well. 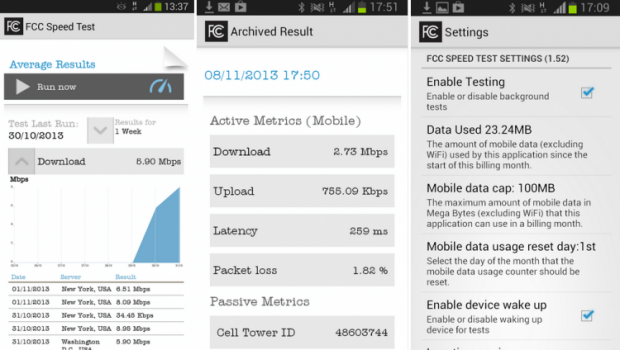 The app for iOS is a bit different than the Android version. iOS users are unable to allow the app to run in the background periodically as the Android offering does. Users of the iOS flavor will need to run the test manually.

The app will gather valuable information about the speed and reach of broadband networks in the country. Data gathered by the Android app has been used in three reports already according to the FCC.

FCC Speed Test App for iPhone is able to test network download speed, upload speed, latency, and packet loss. No personal information is gathered or shared with the network performance data. iOS users can get the app at no cost on the App Store now.