MWC 2014 - Quickly following our hands on of the new Fonepad 7 LTE edition, Johannes took a few minutes to check out ASUS' other Fonepad being shown off at the 2014 Mobile World Congress. The Fonepad ME175CG is a 7-inch tablet featuring a 1280x800 resolution screen. An Intel Atom Z2520 dual-core processor is on hand to manage the computational duties and 1GB of RAM to keep everything running smooth.

Android 4.3 is loaded from the factory, but there is no LTE featured. 3G radios are installed alongside Wi-Fi and Bluetooth 4.0. Storage is set at 8GB but is easily extended via the built-in microSD port. Like all ASUS Fonepad's the ME175CG is capable of making phone calls as well as functioning as a normal 7-inch tablet. A 5-megapixel rear camera handles imaging duties while a 1.2-megapixel front shooter is on hand for selfies and video conferencing. 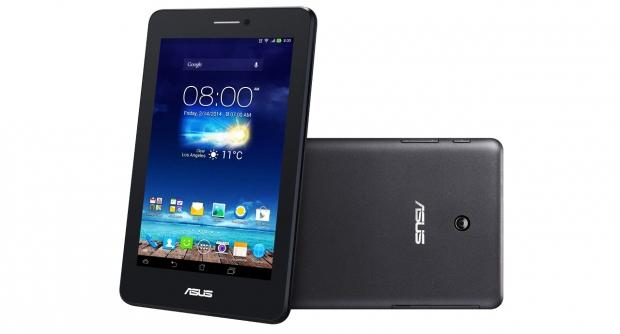