MWC 2014 - ASUS updated its Fonepad 7 tablet at Mobile World Congress 2014, providing LTE capabilities to its 7-inch slate. The new Fonepad 7 LTE features an IPS-based panel, with an LTE modem cranking along inside to give you super-fast mobile Internet.

Johannes Knapp, our man on the ground at MWC 2014, had some hands-on time with the LTE-enabled Fonepad 7. Inside of the refreshed 7-inch slate, we find the underused Intel dual-core Atom Z2560 processor (Clover Trail+). The 7-inch screen features a resolution of 1280x800, 32GB of storage, a 1.2-megapixel front-facing camera and 5-megapixel rear-facing camera are also featured.

One surprise found in the new Fonepad 7 is the new Android-based UI, ZenUI. ZenUI will first appear in the PadFone Mini, PadFone and ZenFone products before it filters down to the Fonepad 7 devices. At the moment, more detailed specifications aren't available, nor is pricing information. We should hear more about that in the coming weeks. 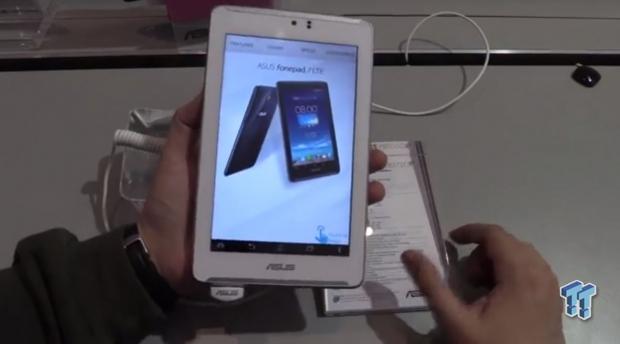