Seagate Technology plc announced today the launch of its seventh generation hard drive specifically geared for the surveillance market. The Seagate Surveillance HDD's are optimized to address the specific application characteristics unique to always-on, write intensive surveillance environments. The new 3.5" drives are available in capacities up to 4TB and are capable of supporting 400+ hours of high definition recordings. 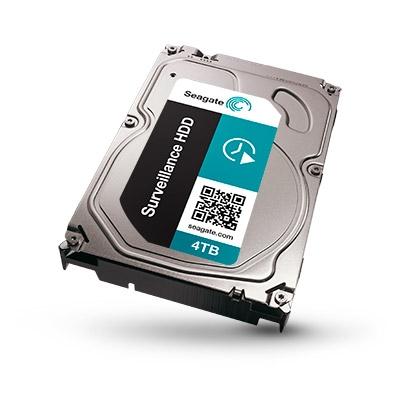 New features include the addition of rotational vibration sensors to improve the drives resiliency in multi-drive arrays. They have also added a time-to-read system that allows custom power settings resulting in better integration with motion sensing cameras. By spinning down during times of activity and then quickly spinning up when motion is detected, the drives last longer and save power.

The launch is receiving positive reaction from leaders in the CCTV space including NUUO, QNAP, and March Networks. According to Jeff Range, vice president of global operations at March Networks, "The Surveillance HDD, with its high capacity drive and robust features, will provide our customers with the critical reliability we have come to expect from Seagate as well as the expanded storage and ability to save data for even longer periods."