Now that Respan Entertainment's Titanfall had a successful BETA testing on XBox One and on PC, its just a matter of time that the game will soon be released. Even in many retail stores and via online, pre-orders for Titanfall has started. That wouldn't really stop information to leak just yet!! 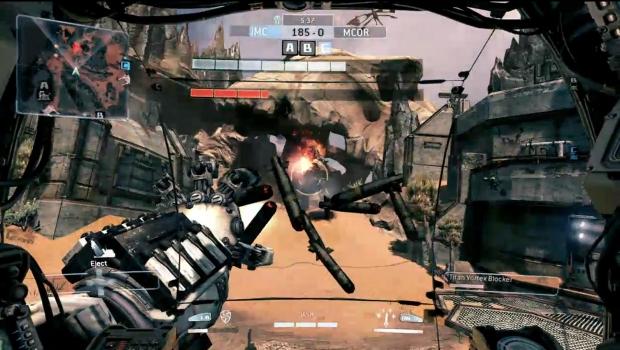 The response from Titanfall's BETA testing was great as million of gamers participated in it. The game is expected for release by next month. One of the aspects that would be present on Microsoft's gaming consoles are the achievement list. A member from neoGAF posted a total of 35 achievements of the game for XBox 360 and XBox One. 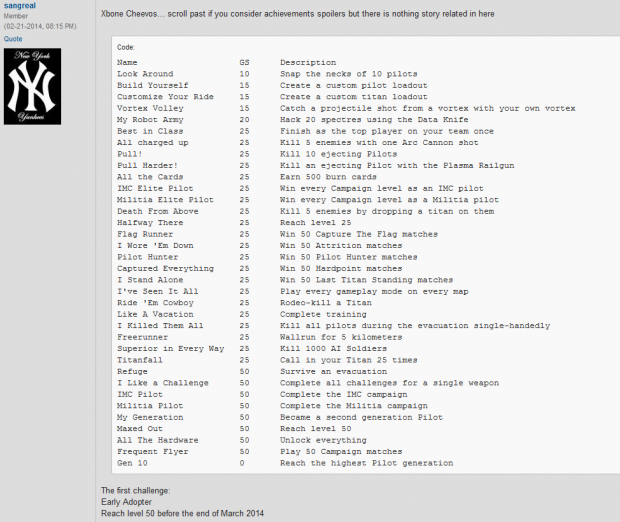 Achievement and its descriptions were provided, such as 'Kill 10 ejecting Pilots' and 'Kill all pilots during the evacuation single-handedly' and other achievements which is easily associated with the game. There has been no confirmation from Respawn Entertainment yet, and most likely we'll know about its authenticity once the game is released.