Peak Antifreeze and iRacing have announced something that will excite virtual racers out there. Peak will be sponsoring iRacing's top online racing championship series for the next three years. The events sponsored by peak will kick off on February 25. 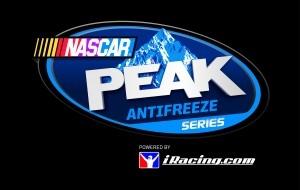 The NASCAR Peak Antifreeze Series powered by iRacing.com will pit the top sim racers in the world against each other for over $20,000 in cash and prices. Participants will race in precise digital models of Generation-6 stock cars with a 17-race schedule.

The racing will take place on iRacing.com's laser scanned NASCAR racing tracks. This is the only sanctioned online world championship by NASCAR. The racing series will kick off at the virtual Daytona International Speedway at 9pm Tuesday, February 25th.

"Online racing has become a valuable tool for a growing number of NASCAR drivers who utilize the technology to hone their skills," said Blake Davidson, Vice President of Licensing and Consumer Goods, NASCAR. "The new partnership between iRacing and PEAK Antifreeze ensures that online racing will continue to grow for years to come and become further integrated into our sport."