In just under a month from now, Valve will debut its first documentary titled Free to Play to the world. Free to play is a film about the lives of three professional computer gamers who come from very different walks of life from across the world including Asia, North America, and Europe. They may speak different languages in real life, but in Dota 2, the game that unifies them, they all speak the same language. 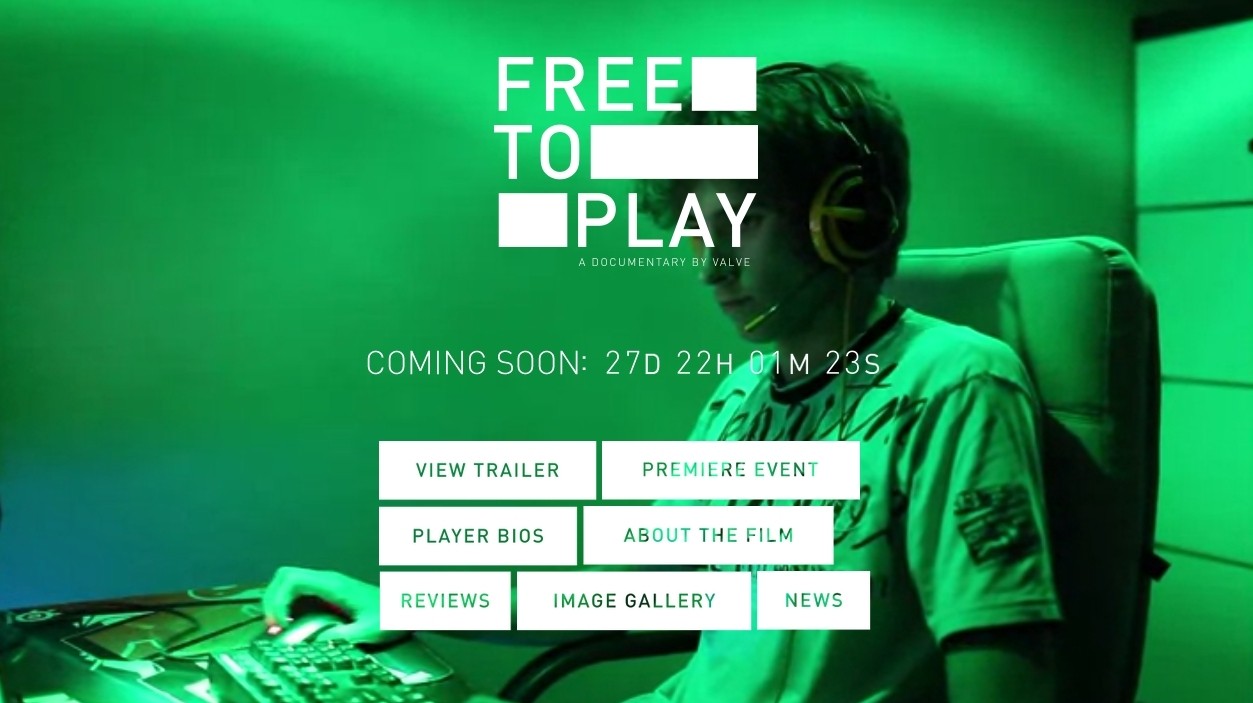 The documentary focuses on the three players as they prepare to play for the first ever $1 million prize in professional video gaming competition. Valve says that it will hold a public screening of the documentary followed by a Q&A session on March 18th at the Castro Theater in San Francisco, California. While seating is limited, users can register for the even via the event bright link below. Additional information about Free to Play can also be found at the source link below.