Google has made plans to start its Fiber connection in nine cities across the United States. Google also said that it has invited thirty four cities in these nine metros to take a look at what would it take to establish a fiber optic network in their own cities should they wish to do so. 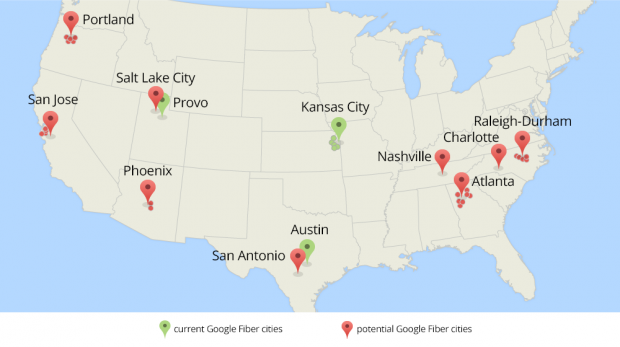 The company has been working very hard to deploy Fiber connections throughout the cities by conducting detailed studies for any factors that may affects its construction plans.

Along with studying topography (such as hills, flood zones, etc.), housing density and condition of the local infrastructure, they require the following information:

Google expressed it wishes to build these Fiber connections in all of these cities, but the complexities of such city-wide fiber networks will require much research on cities' topography and existing infrastructure. Google said that the deployment plans may not work for everyone, but if cities follow these process with them, it will prepare them to assist Google or any internet service providers who wish to make similar city-wide deployments in the future.