AMD started a rewards program for PC gamers which is accessible via the AMD Gaming Evolved app which was launched in association with Raptr as announced during GPU14. 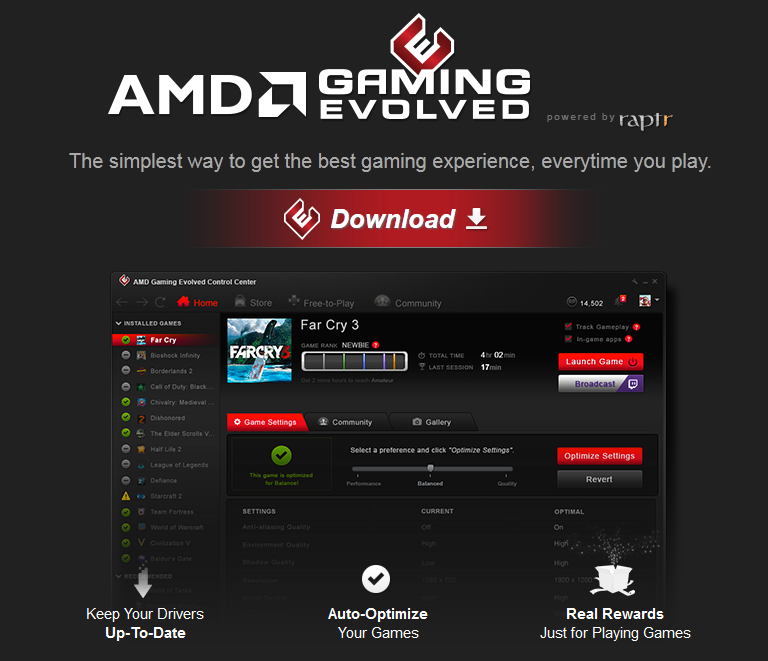 If you are using AMD Radeon video card with AMD Gaming Evolved app, you can collect points by doing various actions which involves the app, such as optimizing a particular game or playing a particular game. This makes gamers to be more involved to earn redeem points so that you can exchange them for whatever you require: discounts, games, items- even hardware.

The app can be downloaded from here.