The Syrian Electronic Army is back on its hacking spree, this time taking one million user credentials from Forbes.com. The hacking group posted multiple messages to its Twitter account, where it claimed responsibility for the attack. 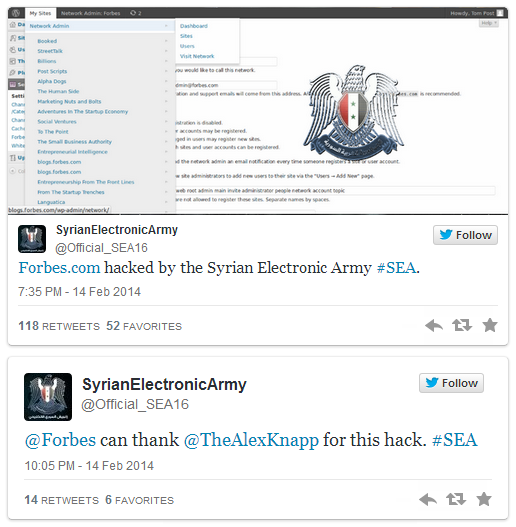 The SEA even posted a screenshot of the site's publishing system, showing off that it had accessed a Forbes employee's account to do so. Forbes has acknowledged and confirmed the attack, asking users to change their passwords and be aware that there could be an increase in targeted phishing attacks.

The site itself has returned to normal, with Forbes in contact with law enforcement agencies to find out exactly what happened.