The Thief reboot arrives on February 25, but it looks like the PlayStation 4 will be the console of choice for the stealth title. The PS4 will run it at 1080p, while its competitor, the Xbox One, will only run Thief at 900p. 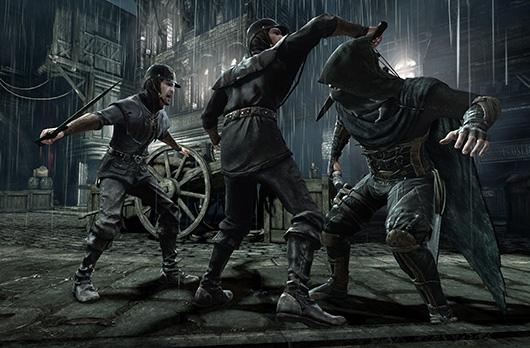 Square Enix recently sat down with Eurogamer, where it explained that the difference between the two versions isn't that big of a deal. Thief director, Nicolas Cantin, said: "You really need good eyes to see the difference". Cantin added that the Xbox One version of Thief "is as good as the PS4 version".

Cantin did explain that the big difference here is between the new consoles, and the previous generation units, he explains: "We put more detail in, more special effects. But at the same time, we kept the same gameplay experience with the current-gen and the next-gen versions".