It's been just over a year since BlackBerry first unveiled its BlackBerry 10 OS and accompanying hardware, and rumor has it that the company will be unveiling a new BB10 device aimed at the emerging markets during the 2014 Mobile World Congress. Originally known as project "Jakarta", the upcoming BlackBerry Z3 is said to be the company's budget-friendly entry-level smartphone that could combat already dirt-cheap Android smartphones. 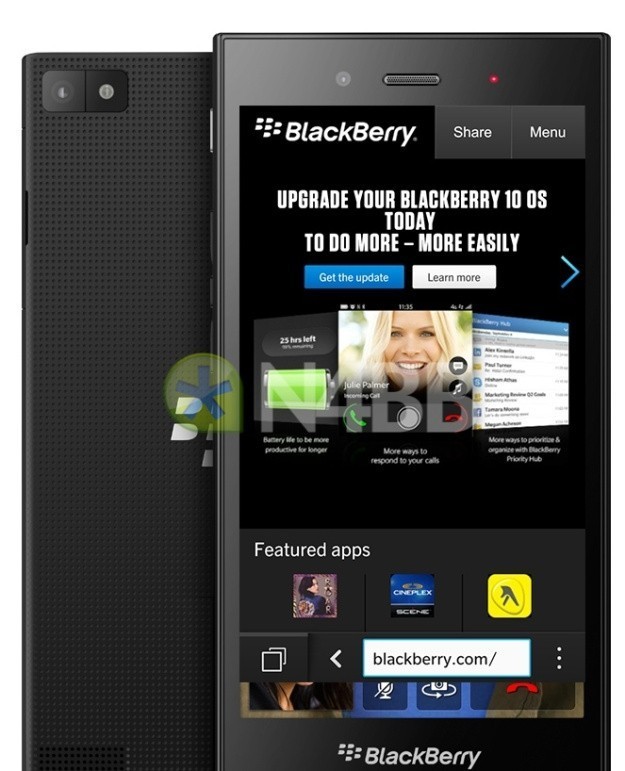 Much like the Z10, the BlackBerry Z3 will be a touch-only smartphone with no physical buttons outside of the power and volume buttons. Additionally, the Z3's rear camera is positioned top left instead of being closer to the middle, while the entire rear will be coated in a grippy dot matrix pattern. Specs on the Z3 are rumored to include a 1.2GHz dual-core processor, 1.5GB of RAM, and an Adreno 350 graphics processor. A 720p resolution screen is likely as well as either 8GB or 16GB of RAM. No word on battery sizing has been leaked, but something in the 1300mAh range is possible, and MSRP could be as low as $150 per unit.