Auto maker Ford has teamed up with 3D specialist 3D Systems to print edible chocolate models of the 2015 Ford Mustang. The American auto company plans to make both chocolate and sugar candies of the car, which started with a CAD rendering that was then sent to a 3D printer. 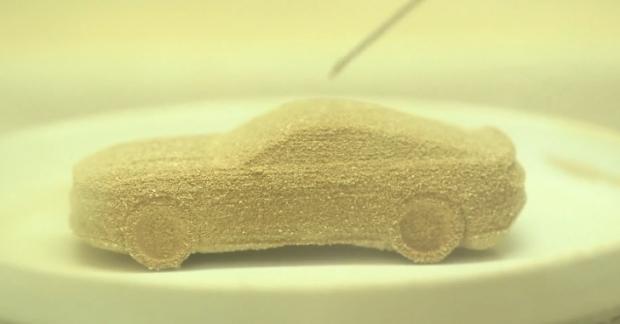 "We wanted to create something fun to show that while 3D printing made these edible Mustangs, manufacturing-level 3D printing was used in the development of Ford's all-new sports car," said Paul Susalla, 3D specialist at Ford.

Depending on consumer reaction, it's possible Ford will provide 3D-printed chocolate and candies for general purchase.

Ford already has worked to integrate 3D printing into its business, using 3D printed parts that engineers can tweak and test, for example, in an effort to remain competitive. The 2015 Ford Mustang will hit the auto market in fall 2014 for U.S. consumers, with other markets receiving the vehicle throughout 2015.