Flappy Bird burst onto the scene, addicted thousands, and is now disappearing behind the shadows once again. Creator of the game, Dong Nguyen, has tweeted that he plans to "take Flappy Bird down". 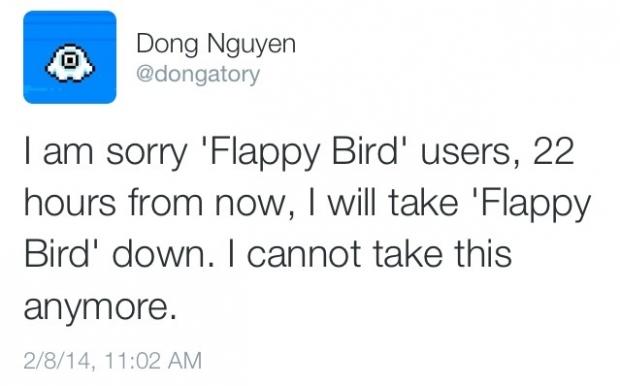 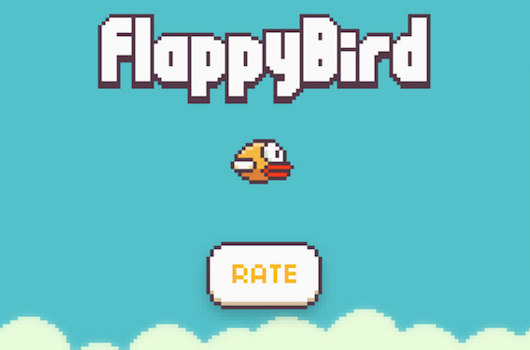 He said he would take it down 22 hours after posting the tweet, which went live at 2:02pm EST. Nguyen clarified: "it's not anything related to legal issues," adding "I just can't keep it anymore". There's no exact reason behind Nguyen's reasoning for taking it down, as he also dismissed the idea of selling Flappy Bird, too.