Nikon has just shown off two new rugged compact digital cameras that are designed for those who like to travel and adventure outdoors. The new Coolpix AW120m features a 16-megapixel CMOS sensor along with a 5X optical zoom lens. The camera is able to survive falls from as high as six feet and can withstand water submersion up to 54 feet deep. 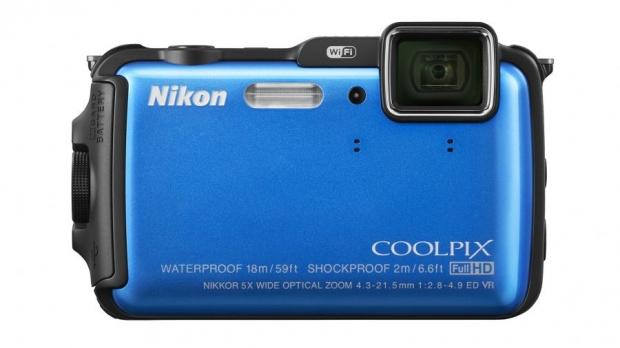 The AW120m boast a 24mm, f/2.8 lens and is capable of continuous shooting at 6.9 frames per second. Integrated Wi-Fi and GPS round out the feature set, and you can expect to see it on store shelves around February 27th. Nikon also released the Coolpix S32, a stripped down version that features a 13-megapixel censor, and waterproof rating. There is no built-in Wi-Fi or GPS however, and it is only shock rated to about four feet. It will arrive on shelves on the 27th as well.