HTC's successor to the One is the most talked about smartphone at the moment and today we got a look at what its new home screen may look like. The leaked image comes from everyone's favorite leakster, @evleaks, and shows off what appears to be a completely redesigned Blinkfeed that takes on a very blocky Windows-phone appearance. 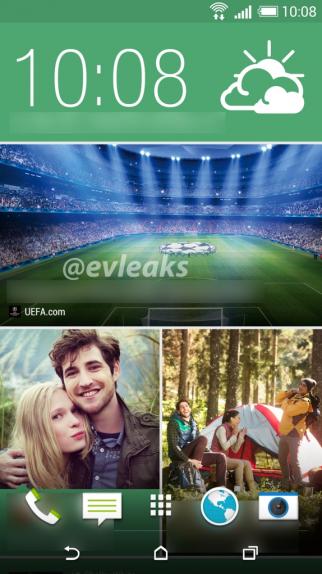 Additionally, the image shows the on-screen navigation buttons that have been appearing in rumors since the M8 was first outed. The image also likes like it could be a clever Photoshop job with some hazy glow being featured around the quick launch icons at the bottom of the screen. I do however feel that its safe to say that this image is legit, as @evleaks is almost always spot on with his smartphone leaks.