We are pretty certain that Samsung will announce the Galaxy S5 at the Mobile World Congress event in Barcelona later this month, but the New York Times is chiming in confirming that its sources agree: Samsung will launch its new flagship smartphone at the event. 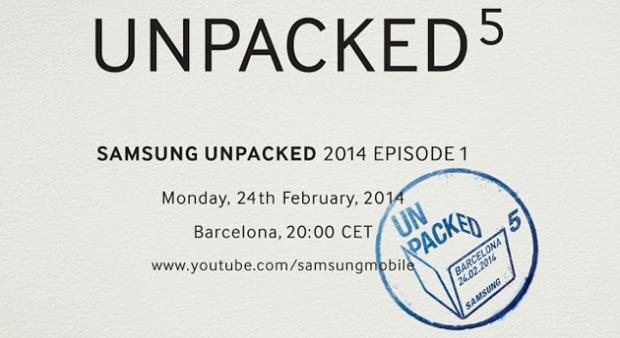 But, how it will launch the event will be a little different, even compared to the announcement of the Galaxy S4 last year. The New York Times reports that "Unpacked 2014 Episode 1" will be a low-key event, but this will be the launch event itself. As for the Galaxy S5, the publication reports that we should see some design and specification improvements.

This means we should see a better camera on the back of the Galaxy S5, and a better SoC inside of the device - most likely the Exynos 6 or Qualcomm's super-fast and super-capable Snapdragon 805. I think we'll see Samsung push the Galaxy S5 as a 4K-capable device, where its rear-camera will be capable of shooting 4K video.

Not only that, but we should see the South Korean giant unveil the Galaxy Gear 2, too.