With recent reports stating that the successor to the HTC One, the M8, will not be arriving until early to mid March, many loyal HTC fans are a little let down to say the least. This morning does bring a little hope into their lives though as a newly leaked photo of the M8 has surfaced online and it is quite interesting. 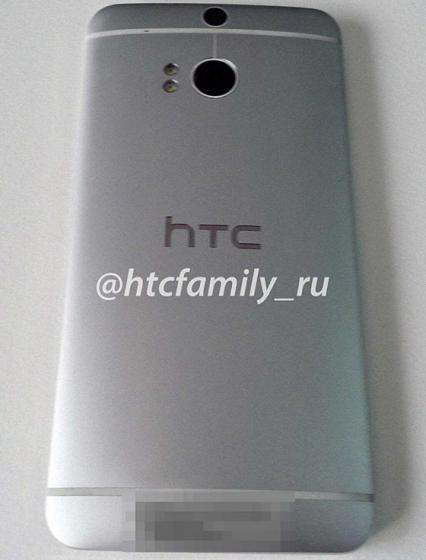 If true, the HTC M8 (or HTC One 2) will feature a similar form factor with an alloy chassis that made its predecessor one of the best Android-based smartphones ever released. What is extremely interesting however, is that the M8 appears to feature dual rear cameras as well as dual LED flashes. The image was leaked by Twitter user @htcfamily_ru, and appears to be legit. If real, this debunks rumors that suggested the M8 would feature a fingerprint scanner and rear buttons similar to the LG G Pro. Also noteworthy is the absence of any Beats Audio logo, which means that the partnership is truly over between Beats by Dre and HTC.