Lenovo has just announced two new Chromebooks which are aimed at the education market, starting with the 11e. The Thinkpad 11e also arrives in a model with Windows 8.1 included, but its built for durability. It can take drops, something most laptops cannot. 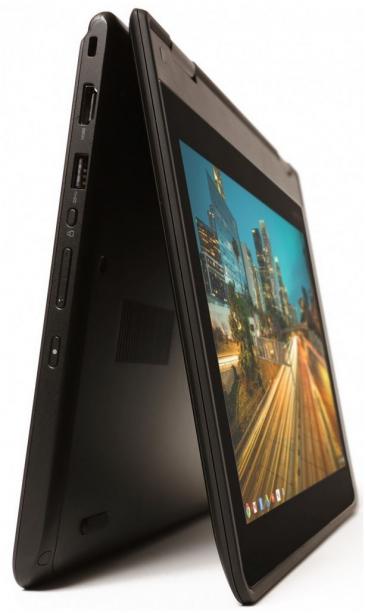 The normal 11e features an 11.6-inch HD LED display, while the 11e Yoga features an IPS touchscreen panel. 8 hours of battery life should be the norm, with pricing starting from $349 with ChromeOS. The Yoga 11e and Thinkpad 11e models with Windows 8.1 will start from $449.