Microsoft stores are offering $100 of in-store credit if you trade in your old console, which includes the PS3, Xbox 360 S or Xbox 360 E. Only select Microsoft retail stores will be providing the trade-in credit, unfortunately. 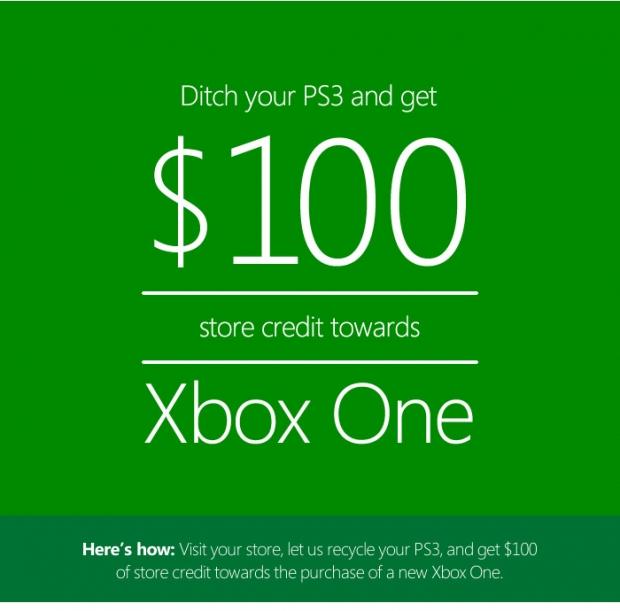 The deal runs from January 23 to March 2, with all consoles traded in needing to power up, be fully functional, include all of the original accessories and chargers, and cannot be damaged. There is a catch of course, with the details stating in order to "receive maximum trade in value, you must purchase an Xbox One at the same time".