The US District Court in California dismissed the class-action lawsuit that was filed against Rockstar Games and Take-Two, reports Game Politics. 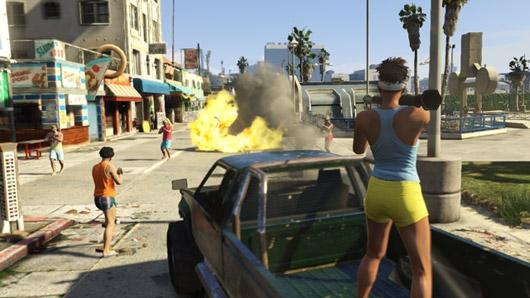 The class-action lawsuit had its plaintiffs arguing that Rockstar and Take-Two failed to deliver the full, promised Grand Theft Auto V experience into GTA Online. The lawsuit claimed that the state of GTA V at launch was "unlawful," "unfair" and "fraudulent" of Rockstar and Take-Two. Judge Virginia A. Phillips disagreed, pointing out the fact that there's no indication of the online side of GTA V stating it would be available "immediately".

Considering GTA V has sold over $1 billion worth of digital mayhem, it's a quick swift decision to have the class-action lawsuit dismissed.