Hasbro stopped by the Engadget offices to show off its latest NERF blaster, the N-Strike Elite NERF Cam ECS-12 Blaster - quite the mouthful, isn't it? 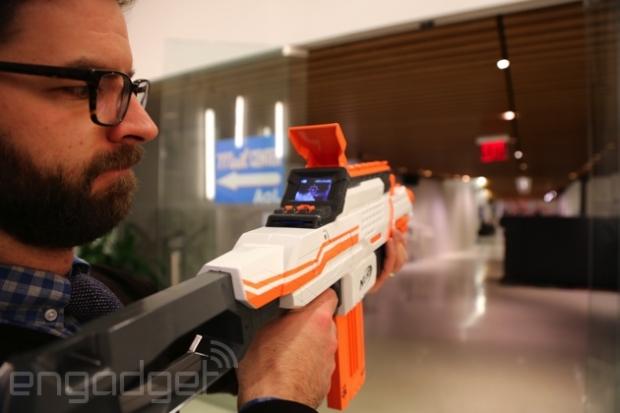 The latest blaster is the usual semi-auto NERF blaster, but it features a tiny camera built into the barrel of the blaster, with a tiny screen on the stock. You can use the screen to lineup your target, but the camera will let you record your battles in the first-person perspective, which should be filling YouTube's servers in the coming months.