Vince Zampella, co-founder of Respawn Entertainment, and previously, Infinity Ward, has confirmed on Twitter that there will be a Titanfall beta coming on both the Xbox One and PC. 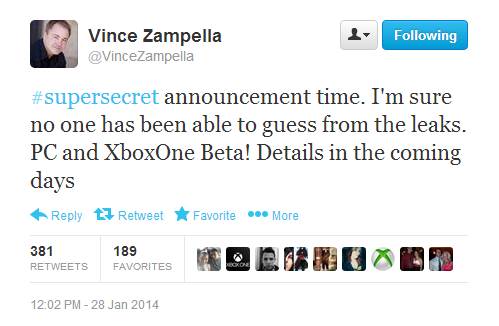 Zampella used the hashtag #supersecret, announcing the exciting news through Twitter. He said that there will be "details in the coming days" so expect some more news from us when that hits! Are you excited for a Titanfall beta? The first game from the studio that once made the best Call of Duty games.