Today, Raptr unveiled its list of the most played PC games during December of 2013. While the the list is only comprised of data from those who use the social gaming service, the results are still quite telling. Dota 2 still claims the top spot as most played game, while WoW and LoL round out the top 3. 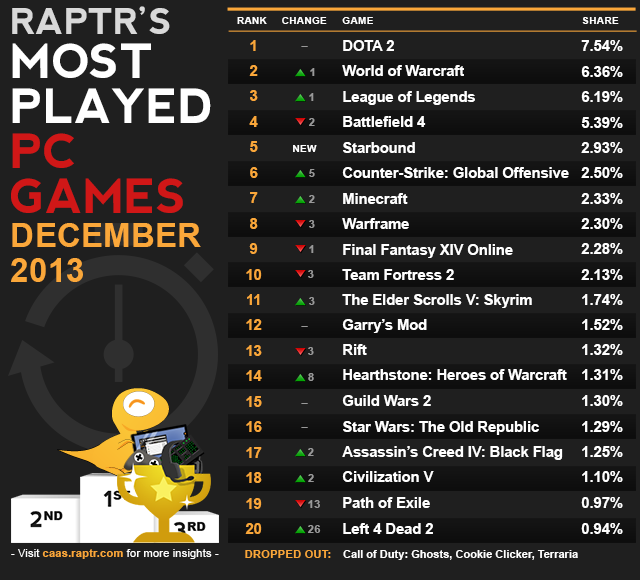 Not surprisingly, Battlefield 4 sits at number 5 despite the server issues that still plague the game. Interestingly enough, the fifth spot is Starbound, a game that is not even available in the mainstream yet and can only be found on Seam Early Access. Counter Strike: GO, Minecraft, Warframe, Final Fantasy XIV, and Team Fortress 2 round out the top ten, while Skyrim, Hearthstone: Heroes of Warcraft , Civ V, and Left 4 Dead 2 make it into the top 20.