We've heard rumor upon rumor about Grand Theft Auto V, but we are getting closer to the reported March 2014 release date. Now there's news from Amazon's French and German stores, who have pre-orders up for GTA V. 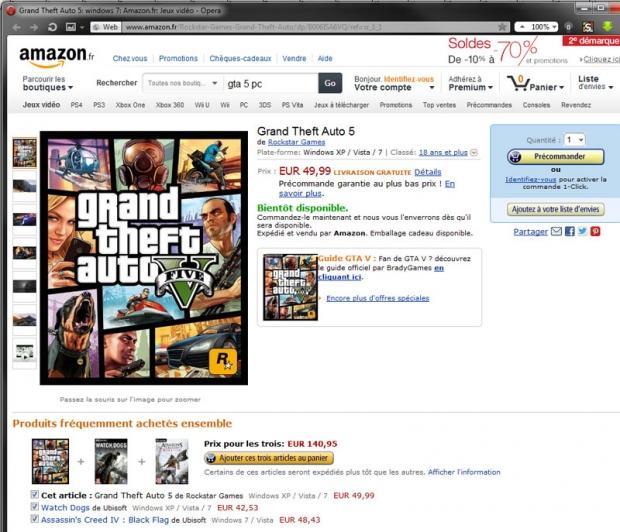 There's not much else on this report, but we are closer to wrapping up the first month of 2014, and shifting into February. Grand Theft Auto V for the PC is going to be a big deal when it happens, and it really perplexes me that Rockstar is playing its cards so close to its chest - come on Rockstar, give us some love - announce it already!