The man who seems to have his hand in everything, Kim Dotcom, has just debuted his new music streaming service known as Baboom, and the first album to hit the service is Dotcom's own album titled Good Times. Baboom is quite interesting in the fact that it plans to directly compete with Spotify and Google Play Music, but will be operating on a "pay what you want" business model. 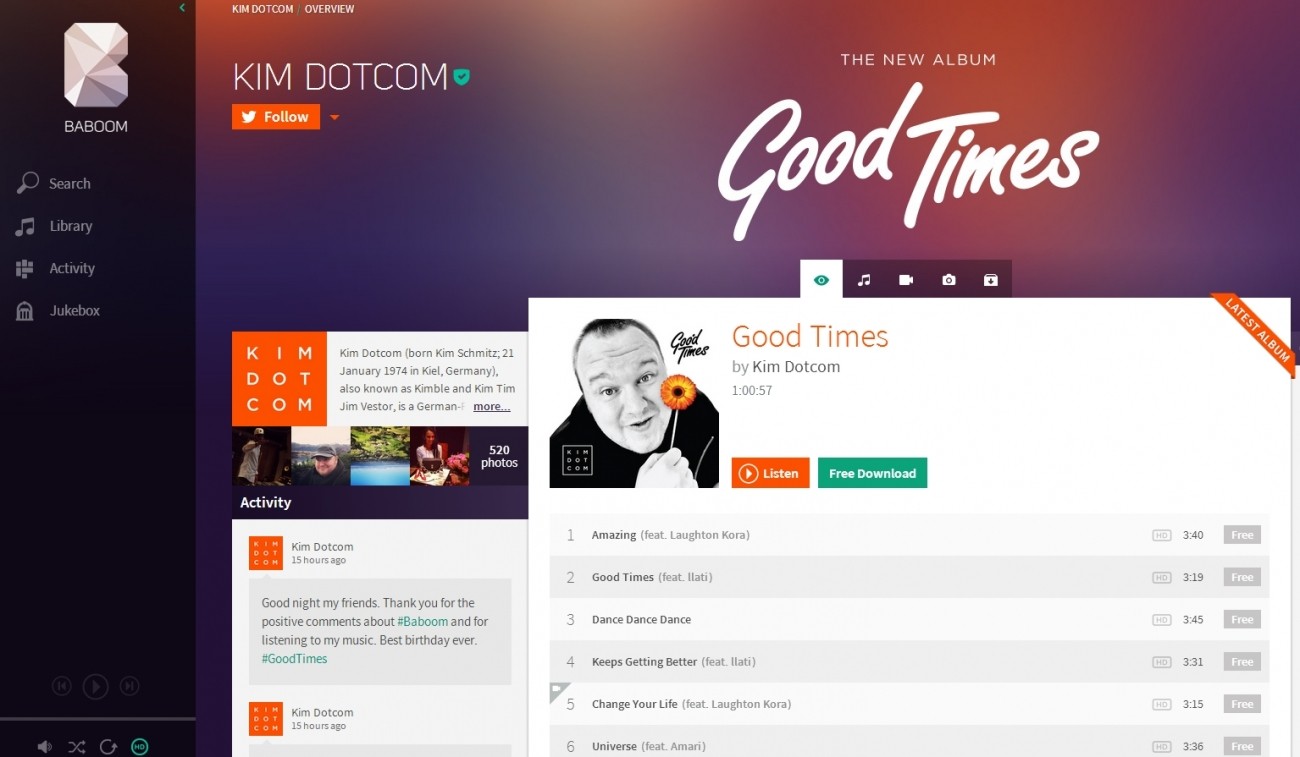 I see Baboom as more of a streaming version of SoundCloud or MySpace, and will allow indie artist to really break out of the years old model of social networking for artist. Baboom does however encourage listeners to purchase albums through Amazon, iTunes, and Bandcamp and as far as I can tell, artist receive no compensation from Baboom itself.