Adobe's Lightroom is a must have in almost every photography enthusiast arsenal of post processing software, and for those who own an iPad, things are about to get even better! According to 9to5Mac, Adobe is preparing to launch a mobile version of the app that will be compatible with Apple's iPad. 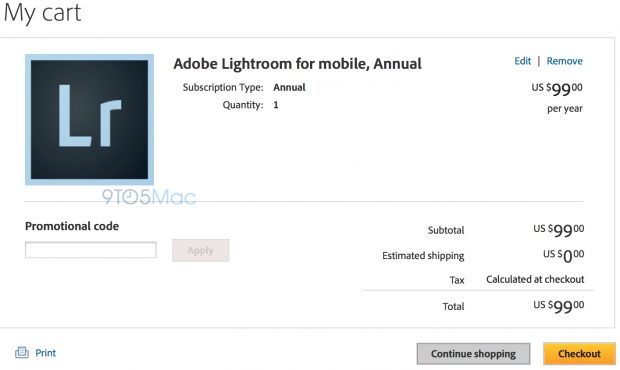 9to5Mac says that Lightroom for the iPad will feature a syncing feature that will let it fully utilize file sharing between Mac and PC devices via Adobe Creative Cloud, which will remove the need to store huge RAW files directly on the iPad. Users will have full editing functionality right on their iPad and when finished, can easily sync the photo back into their cloud. The article states that Adobe Lightroom for iPad will require users to enter into an annual contract costing $99 per year.