It looks like AMD is preparing an impressive "native" 16-core processor, with all sixteen cores sitting on the same die. This technology will reportedly surface sometime after 2015. 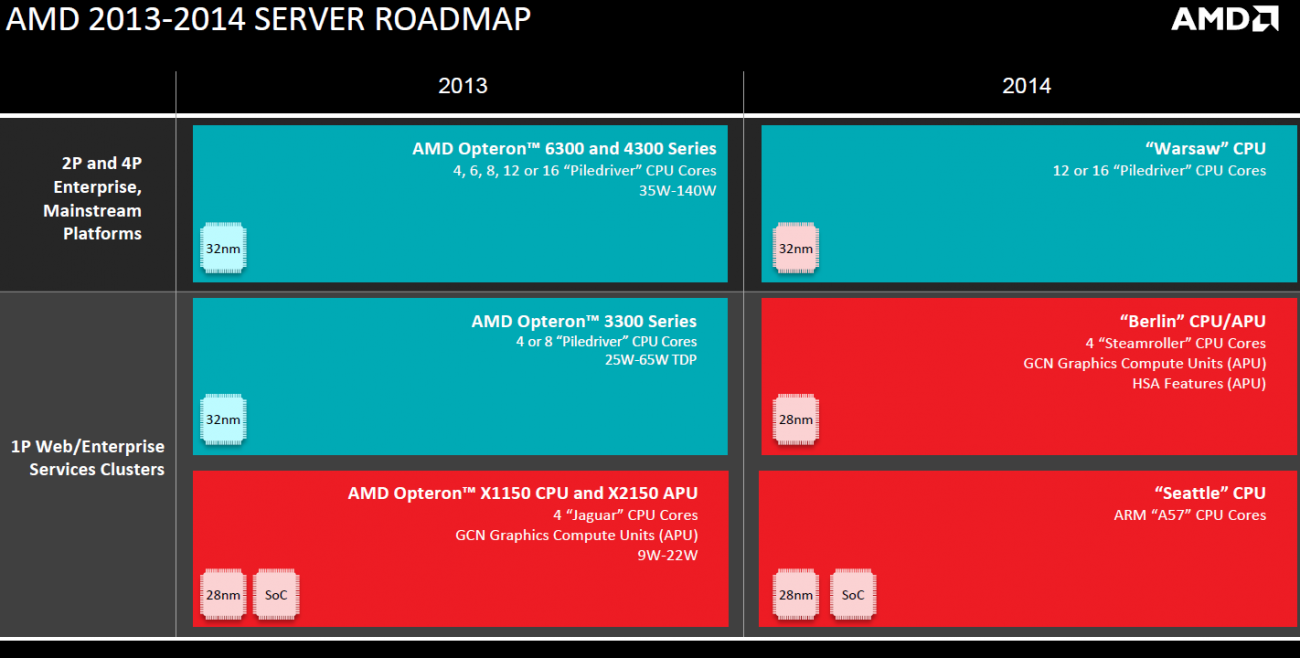 All of this will begin in AMD's server processor range, with its multi-core Opteron processors for high-end servers using multi-chip-module (MCM) technology. These chips use two six- or eight-core dies onto the same piece of substrate to create a 12- or 16-core solution. This tech will roll down to the consumer side of things, where we should expect a new 16-core processor from the chipmaker sometime in 2015-2016.

As this year continues, AMD will release an Opteron processor codenamed "Warsaw". Warsaw will feature 12 or 16 cores on AMD's Piledriver architecture, and should arrive toward late 2015. The company should also be capable of making a 32-core, multi-chip-module for high-end servers by slapping together two 16-core dies onto a single substrate. 32 cores aren't far away!