Steam Dev Days 2014 - Developers are at Steam Dev Days for day two of festivities, with VR being the discussion point today. El Oshcuro, or @DaveOshry, posted the following image from Steam Dev Days. 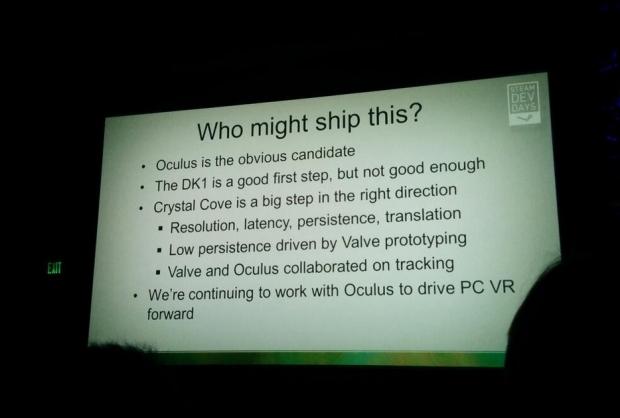 @DaFox posted the below image, showing off a VR demo from Valve. 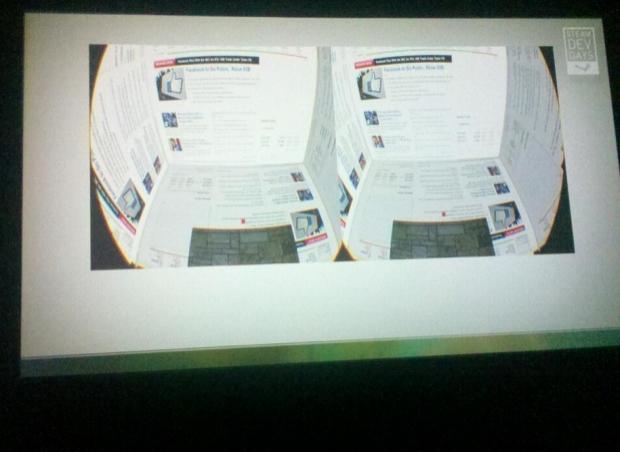 Valve is pushing VR at Steam Dev Days, where it said "VR will have a big impact sooner than you think", something I definitely agree with. The company is working closely with Oculus VR, who make the Rift headset, which is exciting news. Valve even worked with Oculus VR on its Crystal Cove prototype, which is an interesting tidbit. 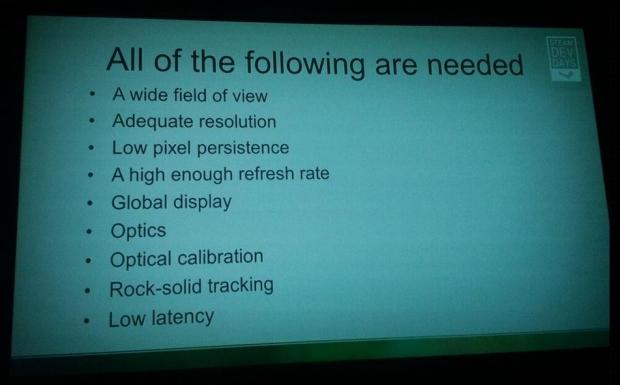 The above above is also from @DaFox, which displays all of the things Valve says are required with VR.