Valve is holding its Steam Dev Days event, where it has invited developers to talk all-things Steam, but this includes virtual reality (VR), too. Valve showed off a VR prototype headset, to demonstrate where it wants to push VR which left people who used it blown away. 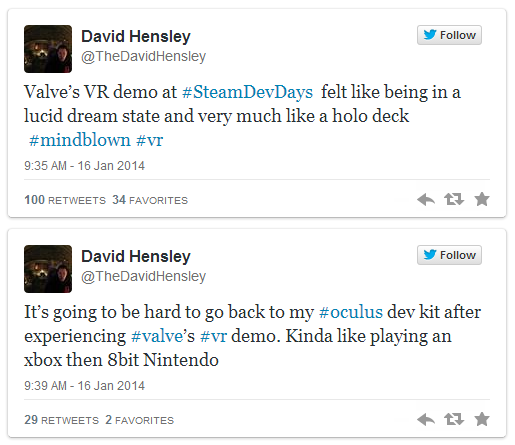 A few developers used it, and were blown away with the results. We have two tweets from David Hensley, who went to the Steam Dev Days, and their impressions should excite you. Hensley teases "It's going to be hard to go back to my #oculus dev kit after experiencing #valve's #vr demo. Kinda like playing an xbox then 8bit Nintendo".