Microsoft has just updated its Skype for iOS app to include new two-way HD video calling to its users. This new feature brings Skype up to date with its competitors such as Google Hangouts and Apple's Facetime. The update also includes a new lockscreen chat notification feature that lets you preview chat messages the same way text messages appear on the lock screen. 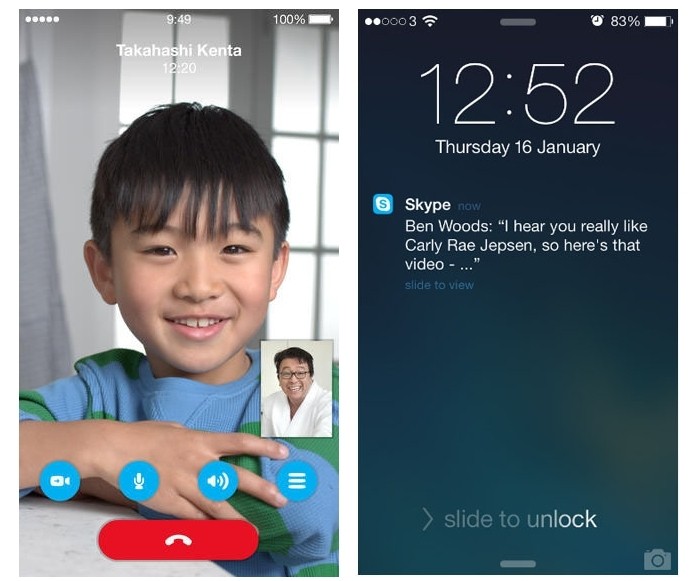 Skype says that chat messages will now sync faster across all devices, and that other minor bug improvements have been made. This update follows a previous one in which the app got a complete makeover to more closely align with the new iOS 7 theme. Users can update or download their app from iTunes from the source link below.