Today Google pushed its Google Play Movies app to iOS and allows iPhone, iPad, and iPod Touch owners to playback movies and TV shows they purchased on Google Play. The app is yet another Google service the company has brought to iOS in the past year and directly competes with iTunes. 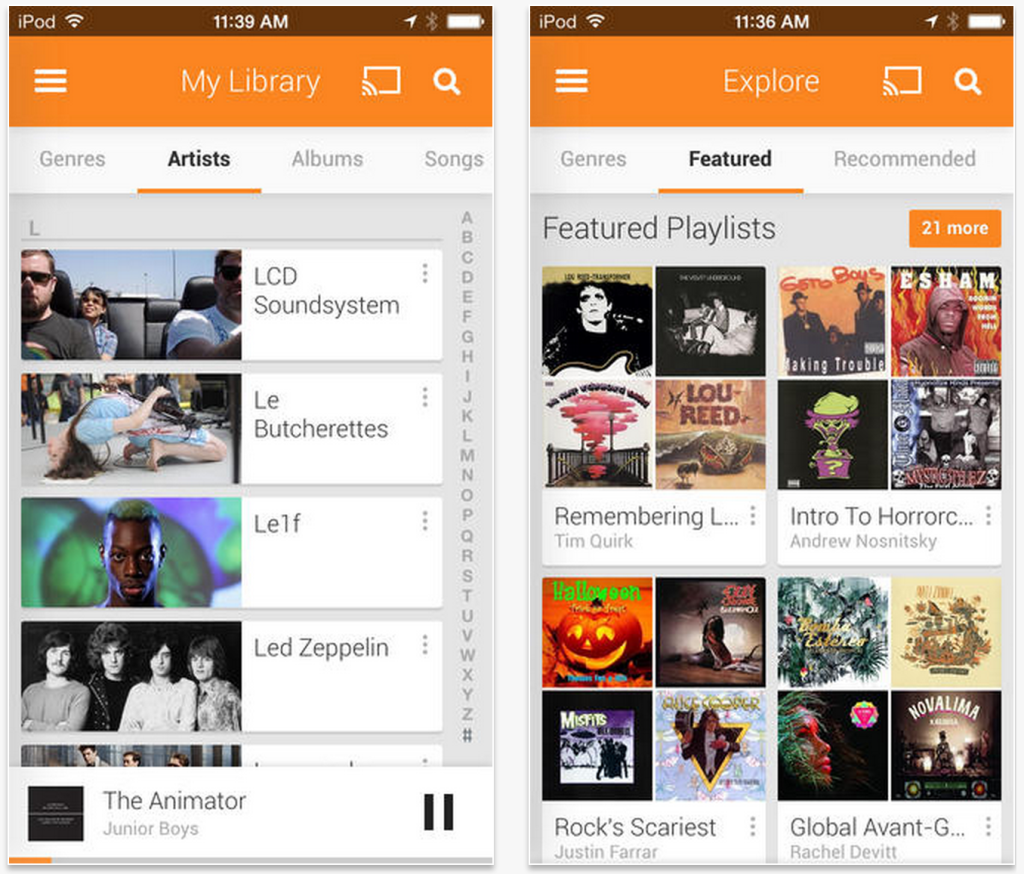 The design is almost identical to its Android counterpart, but Apple has heavily restricted what you can do from within the app itself. The most major restriction is that users can not purchase movies or TV shows from within the app and must do so from another device or the web version of Google Play. Additionally, Offline playback is missing, and users can only watch their purchases when connected to Wi-Fi.