Gaming peripheral company ROCCAT released its Siru ultra-thin gaming mouse pad, measuring less than one millimeter thick. The ROCCAT Siru uses a non-slip backing so the mouse pad won't slide around and promises a reliable, immovable surface that gamers can depend on. 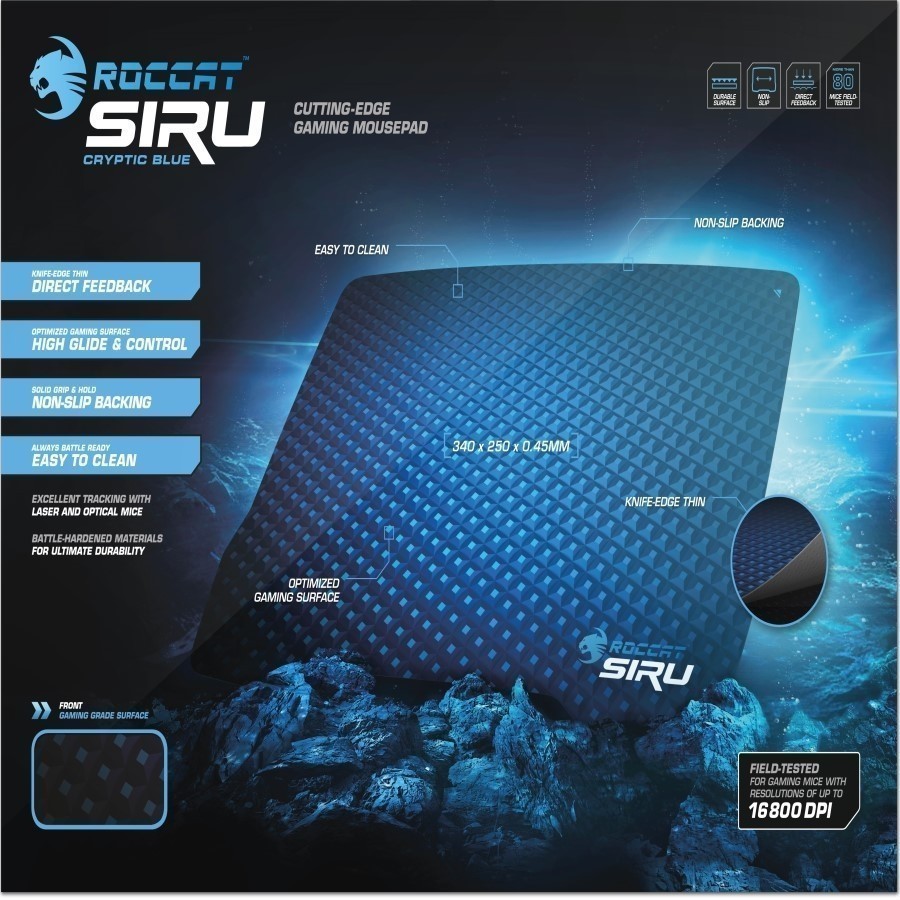 The Siru mouse pad measures 13.25" x 9.84" x 0.01", so it's almost invisible when placed next to the keyboard. The thin profile allows the mouse to sit at the same level as the desktop, which should provide a fast surface able to give gamers accurate, fast movements.

Gamers tend to upgrade PC hardware, mice, keyboards and headphones - but the mouse pad is typically overlooked - though ROCCAT, Razer, Logitech, and other companies have a variety of different mouse pads to choose from.