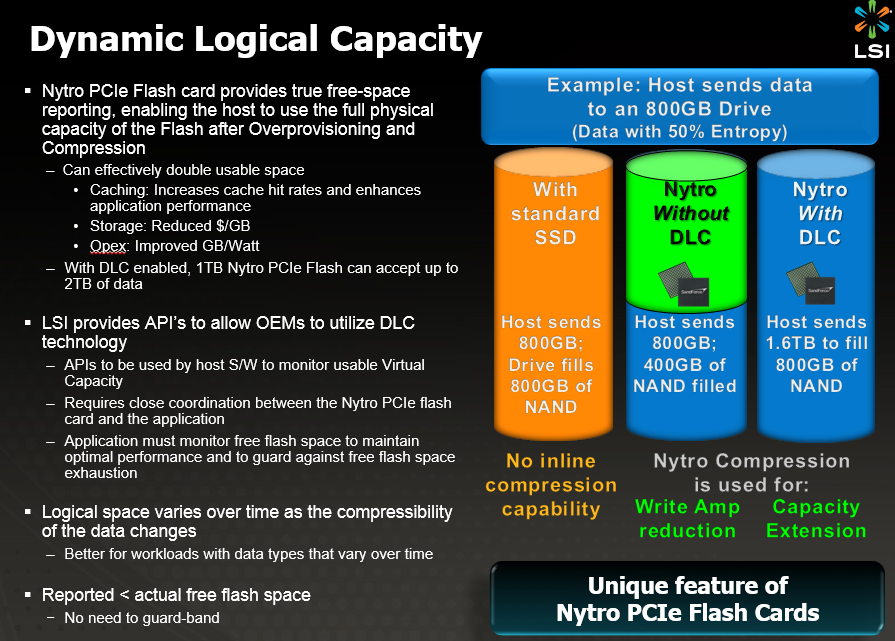 SandForce controllers compress data, and DLC allows the drive to allocate the unused capacity back to the user. This means the drive can essentially store more data than it's physically available capacity.

We were lucky enough to catch Kent Smith of LSI SandForce giving a speech on just how this technology works during the LSI AIS 2013 event. For typical 2.5" SSDs it is referred to as DuraWrite Virtual Capacity, or DVC. We have confirmed with LSI that this is the same technology at use in the Nytro series of application accelerators.