Apple co-founder Steve Wozniak has met with China's top smartphone maker, Xiaomi, where he has publicly stated he supports the company. Wozniak thinks Xiaomi could crack the international market with its products, something he told a group of reporters in Xiaomi's Beijing-based offices. 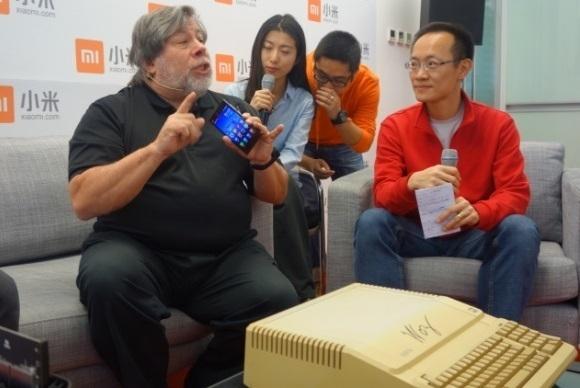 Wozniak said: "Xiaomi has excellent products; they're good enough to crack the American market. This company has a good, strong vision. The products the company has built so far are very key elements to that future." Xiaomi's co-founder and CEO, Lei Jun, has the same admiration for the co-founder of Apple, with Jun saying he admired Wozniak and his work in creating Apple's first products.

Jun said: "We invited Wozniak to Xiaomi to inspire our engineers to build competitive products that are almost like art. This is the approach we've taken with our most recent products." As we move deeper into 2014, the Chinese company will expand beyond the borders of China and Taiwan, and begin selling its products in Singapore and Malaysia, two very large markets with large Chinese speaking populations.