CES 2013 - Feenix is a little known company who is making big-ticket products, and has just made its official debut into the world of consumer electronics at this years CES. We stopped by the Feenix booth to check out its boutique collection of PC peripherals and to get a sneak peek at a new high-end headset its developing.

Our own Chad Sebring has had his hands on a couple of Feenix products recently, and gave the Nascita an overall score of 88%, while the Diamora mouse pad also received praise. I personally had the chance to check out the new headset shown in the video, and while I am no audiophile, I can say that it sounded much better than any pair of Beats By Dre headphones I have ever worn. 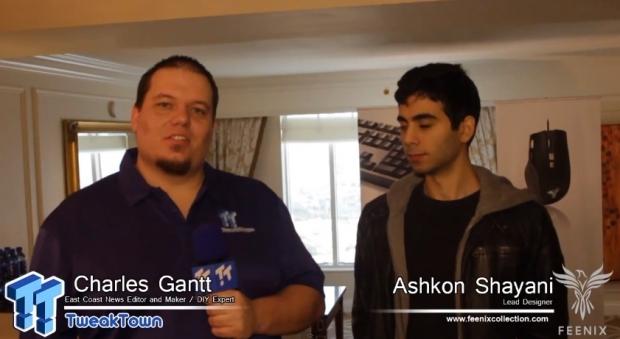