CES 2014 - Tt eSports by Thermaltake brought a plethora of new products at this year's Consumer Electronics Show in Las Vegas Nevada, and Kitty Mach took the time to walk us through the entire lineup. One of the more interesting sets is the Team DK series which features custom red and white color schemes, and is the same hardware used by Team DK.

Tt eSports also debuted its new in-house mechanical switches that are very similar to Cherry MX switches, and in fact in the blind test, I was unable to tell a difference between the two. Kitty wrapped things up by unveiling two new headsets from its Chronos line. 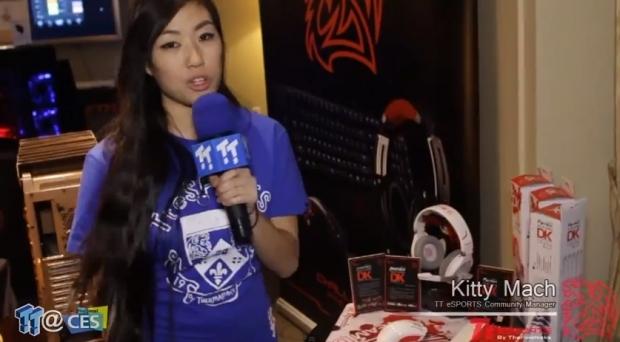