CES 2014 - ROCCAT unveiled several new products at this year's Consumer Electronics show, and as always, their peripherals do not disappoint. The company's new Ryos TKL features all the Ryos's famous features but deleted the numerical keys to the right.

ROCCAT also showed off a new optical version of its flagship Kone XTD mouse, with improvements made to the weight system, as well as the optical performance that many gamers love. The new Kone Pure Military line of mice feature military inspired color schemes, new optical sensors, and the performance we have come to expect from ROCCAT. The company was demoing its new analog version of its popular Kave XTD headset. 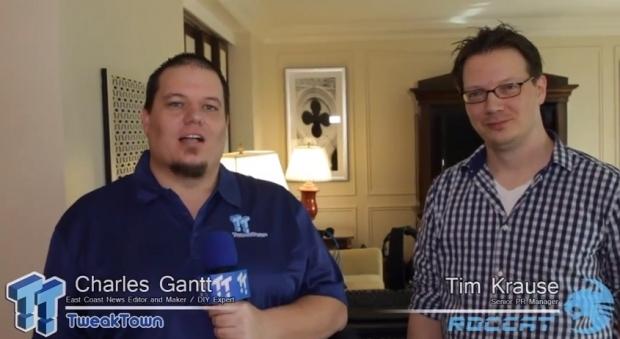