Technology accessory maker Xentris Wireless used the 2014 Consumer Electronics Show (CES) as a springboard to show off its U.S. Army-branded mobile cases. Based on U.S. Army logos and imagery, the seven cases - available for popular smartphones available today - could be popular for U.S. military personnel and supporters. 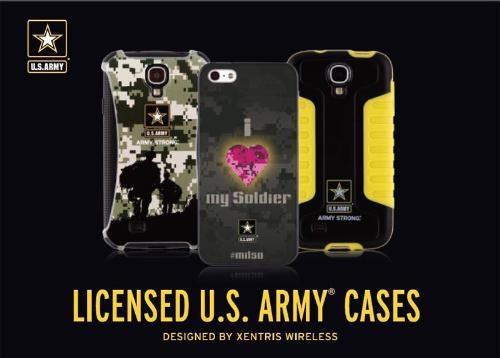 Typically companies roll out something featuring the U.S. military and contribute something to a military-based non-profit, but that doesn't seem to be case here. Instead, consumers will just be able to better protect their devices while showing pride of friends and families currently serving in the U.S. Army.

Xentris Wireless makes everything from earbuds and Bluetooth to smartphone cases and charging products for mobile consumers.