NewsReviewsArticlesGuidesGamingAsk the ExpertsNewsletterForums
GIVEAWAY: Gaming peripherals upgrade thanks to Corsair worth $280
Cameras

CES 2014 - Panasonic has just joined the worlds of 4K and wearable tech together with the announcement of the HX-A100 camera. Panasonic's new camera is just in the prototype stage right now, unfortunately. 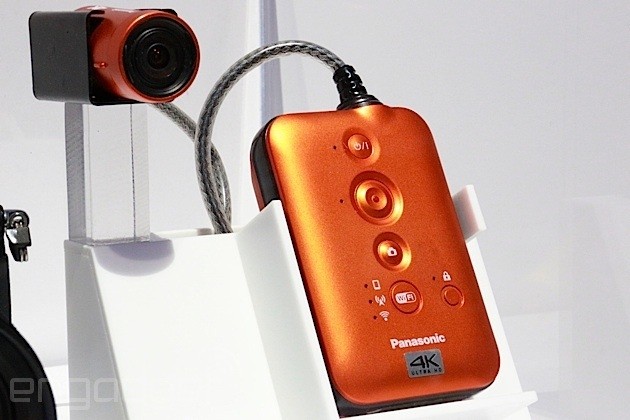 Panasonic's HX-A100 camera is 4K-capable, waterproof, and is capable (and was shown at CES 2014 doing so) beaming a live feed in 4K to a 4K-capable TV through a mini HDMI port. Engadget were on the show floor, reporting that the Panasonic HX-A100 camera feeding 4K to an Ultra HD TV was "free from stuttering, and caught a fairly wide field of view courtesy of its fisheye lens." Panasonic's 4K-capable HX-A100 camera is expected to reach consumers later in the year.