NewsReviewsArticlesGuidesGamingAsk the ExpertsNewsletterForums
GIVEAWAY: Gaming peripherals upgrade thanks to Corsair worth $280
Computer Systems

CES 2014 - Origin has just changed things up in the pre-configured PC space with its newly unravelled Genesis and Millennium PCs at this year's Consumer Electronics Show 2014 in Las Vegas.

Where Origin has changed things up, is by offering the motherboard mount in 4 possible ways: standard ATX, inverted ATX, rotated 90 degrees or rotated 90 degrees, and inverted. Where this comes into benefit, is that the new Origin PCs can handle pretty much any GPU configuration, and the longest GPUs on the market, without a problem. Origin will also be offering an expansion kit that will see the mid-tower Millennium PC into the full-tower Genesis PC. 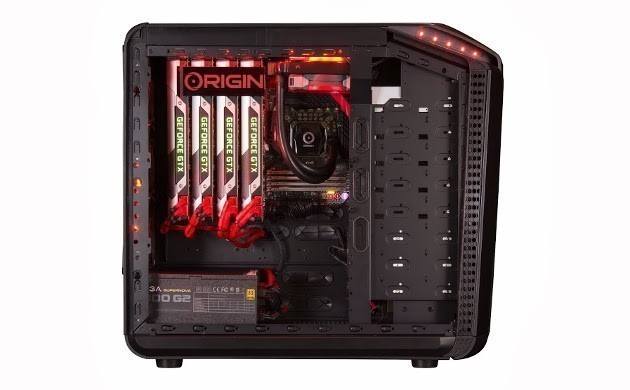 This will allow you to add a massive radiator for water cooling, or an additional 24 hard drives - yes, an additional twenty four HDDs! The Millennium PC will start at $1,629, while the Genesis begins at $1,849.