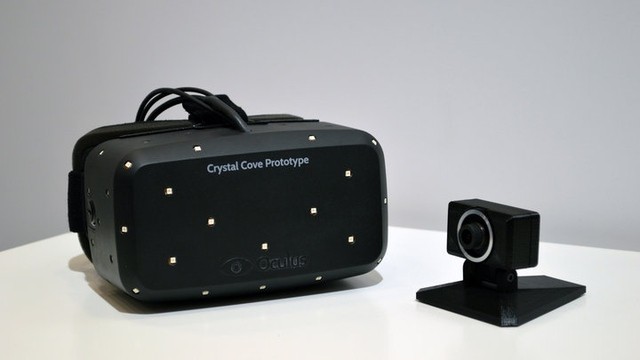 The new Crystal Cove prototype features positional tracking, where it uses multiple LEDs and an IR tracking camera which works out the position of the headset, in 3D space. One of the major downsides to the current two prototypes (the 720p and 1080p models - both of which I've used) is that there is motion sickness for some people, but this new positional tracking addition should help those who get sick, not feel nauseous.

The positional tracking will also push some new features into games, such as leaning around corners, or over cover to shoot enemies. But the biggest addition here is the new AMOLED display, which is a low-latency panel, versus the LCD-based tech which had motion blur galore. With the new headset, you should be able to turn your head in a game or demo now, without the blurring associated with the previous development kits.

We should hopefully have some hands-on time with the new Oculus Rift 'Crystal Cove' headset in the near future.