CES 2014 - Polaroid has unveiled its latest camera creation, which is more social than ever: the Socialmatic. Polaroid's Socialmatic camera, as you may have guessed, its very social. 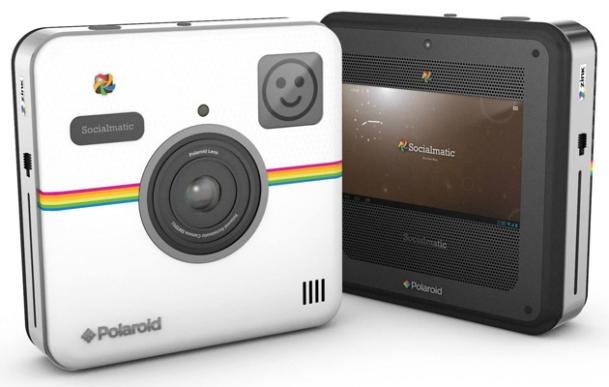 The company had planned to launch it in Q1 of this year, but has pushed the Android-powered camera back to the fall. Polaroid's Socialmatic features a 4.5-inch touchscreen display, a rear-facing 14-megapixel camera backed up by a 2-megapixel for selfies, 4GB of flash storage which is expandable through microSD, Wi-Fi connectivity and Android.