CES 2014 - If there's one thing I don't like about not being at CES 2014, it's that Gabe Newell was there, talking about all things Steam. This includes Steam Machines, Steam Controllers, Steam itself and its users, and much more. 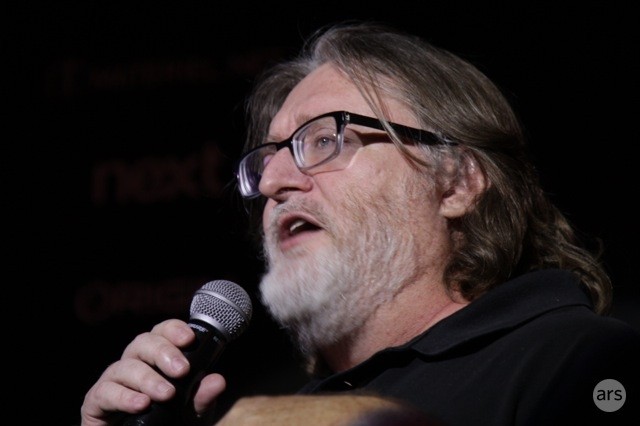 The Valve god himself, GabeN, took the stage and talked about Steam's 62% year-over-year revenue growth, as well as the 65 million and counting user accounts on Steam. Newell also said that Valve will be producing Steam Controllers in-house, but it will also see other companies making their own controllers, which is a nice turn of events.

Newell said that Valve has around 250 titles running on SteamOS, and that the beta users are reporting good things about it so far. One interesting thing to take away from Newell's talk at CES 2014, is that they're not pushing companies to release Steam Controllers, or Steam Machines - and he has no firm dates on when to expect them. Instead, he said that he sees Valve's role in all of this as an enabler in this process, and that if people want to know when the Steam Machines are coming, to ask the hardware makers themselves.