CES 2014 - NVIDIA's G-Sync has been getting all the headlines lately, with its refresh rate technology helping gamers achieving under 60FPS to feel like they're achieving more, smoothly.

AMD hasn't been sitting around doing nothing, with the chipmaker unveiling its new FreeSync technology at CES 2014 in Las Vegas. AMD purchased two retail Toshiba Satellite Click notebooks to show off the technology, with no modifications performed to the notebooks. 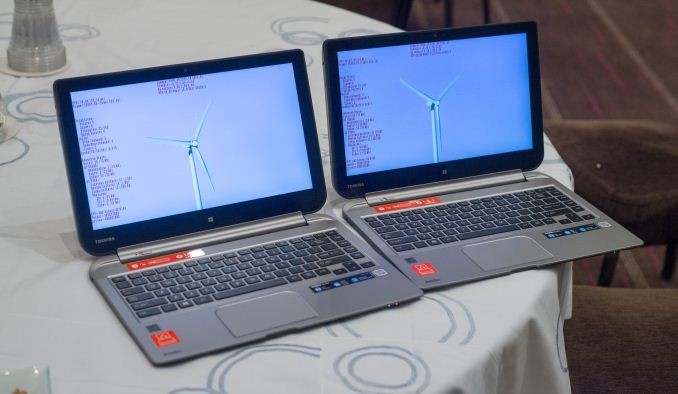 The biggest hurdle for NVIDIA is that G-Sync requires gamers to purchase a specific monitor, or to already own a specific monitor which is capable of having the G-Sync module installed. AMD's FreeSync on the other hand, does not have this limitation - opening it up to magnitudes more gamers and consumers alike.

We will definitely have more on AMD's FreeSync in the coming weeks and months.